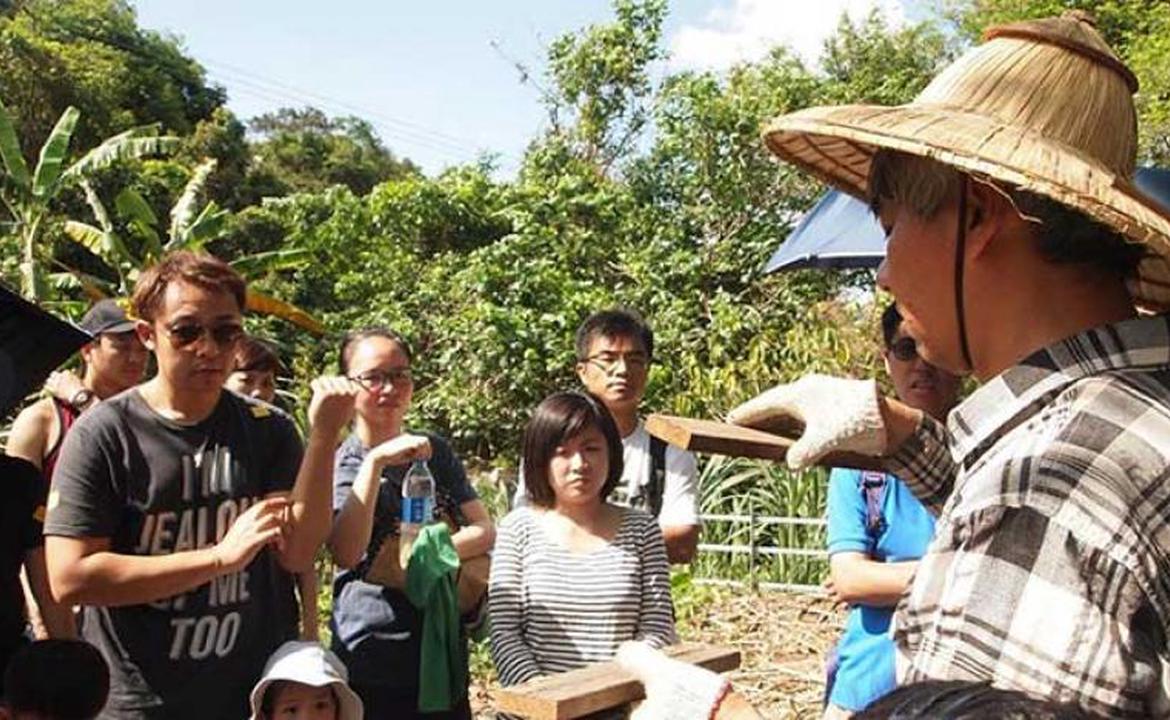 Analyses have shown that landfill is an outcome of “tragedy of the commons” and is itself an example of unsustainable landscape design that impacts society and environment. In order to meet growing waste management needs, city planners in some areas propose expansion of landfill areas. But is there an alternative to landfills that makes good use of regenerative resources, such as food waste?

Too Many Landfills: a Hong Kong Perspective

Landfill areas, particularly the waste that is decomposing therein, emit the greenhouse gases CO2 and methane. Waste can also leak harmful materials that can leach into groundwater supply and landfill drainage systems. Beyond this, engineers estimate it takes at least 30 years to fully restore a landfill area and waste decomposition time is an issue: foam cups, aluminium cans and glass bottles take 50, 80-200 and 1 million years respectively to decompose.

In Hong Kong, a city with over 7.1 million occupants, the government operates 16 landfills, which occupy 600 hectares of land; in fact, the landfill dependency has accelerated in the post-industrial society. According to a government report, 3,584 tonnes of food waste is generated from domestic and commercial kitchens per day. In order to cope with the capacity shortfall of three existing landfills, the government launched a proposal to expand current landfills areas by an additional 283 hectares. The Financial Committee of Legislative Council approved the first installment of landfill expansion in 2015 by an amount that would go beyond the total area of active arable land, which is 685 hectares in 2015.

Black Soldier Flies Can Make a Difference in Food Cycles

According to Food Wastage Footprint: Impacts on Natural Resources published by the Food and Agriculture Organization of the United Nations in 2013, food waste is the third biggest source of greenhouse gases after the United States and China, when the energy that goes into the entire lifecycle (including production and disposal) of that wasted food is taken into consideration. To turn problem into solution, innovative farmers or gardeners can recycle “waste” into fish food! E-Farm is an organic farm in the New Territories, the northern part of Hong Kong called Fanling. The farm first started a trial scheme to collect food waste from neighbouring school students’ lunches and converted this into high protein fish meal and organic fertilisers for crops. More than 10 tonnes of food waste were collected within six months in 2016. Mr. To Yat-man is the farm owner who had the innovative idea to utilise food waste to feed Black Solider Flies (BSF), insects that are native to Hong Kong. The BSF is an omnivore species and their larvae is a “hungry litter eater” that converts vegetables, meat and even bones into organic matter and microorganism-rich amendments for soil within 30 hours, and at the same time reduces the weight and size of organic matter, such as food waste.

Breeding BSF larvae has become popular in organic agriculture and permaculture gardening design in other countries, such as Australia. People set up BSF farms in their backyard to fasten food cycles and composting rates and sustainably manage organic waste management. It takes approximately two days; after the eggs hatch, larvae is developed and, after 20 days, is ready to be harvested to reach maturation stage, before being used as fish food for species such as Tilapia and Jade Perch. This biotechnology can generate both social and environmental benefits. First, it improves the immune system of fish, and shortens the fishing rearing period. Second, it also brings positive flow-on effects such as reducing food carbon miles, money spent on buying imported organic fertilisers and it helps to promote sustainable land use through building up organic matter in soil by recycling household waste! Land is a non-renewable asset. Researchers have proven that one centimetre of soil takes at least 1,000 years (FAO, 2014) to form in a long and complex process.

BSF larvae can be harnessed to help counter the growing threat of global warming. We, as farmers or backyard gardeners, can actually play a role in helping the environment by reusing so-called ‘organic waste’ and setting up small larvae farms in our city corners; how exciting it is to see an appropriate technology that turns a pressing issue into a more sustainable future for our living soil!

Authors: Ranae So and Louisa Wong. Ranae So worked as a project manager at E-Farm from April 2015 to March 2016.

The original article was published by Reset.org on Dec 16 2016.